Three men have been found guilty of charges relating to the Garissa University attack in Kenya in 2015.

They were also found guilty of belonging to Somalia’s al-Shabab Islamist militant group.

A fourth man, Sahal Diriye Hussein, was acquitted of the charges.

All four men are Kenyan nationals except Rashid Charles Mberesero, who is Tanzanian.

Mr Andayi said prosecutors had proven “beyond reasonable doubt” that the three men “knew the plot” but did not provide further details of the alleged conspiracy.

The attack was carried out by al-Shabab, a group affiliated to al-Qaeda, at the north-east Kenyan university in April 2015.

It was the second deadliest attack in Kenya’s history, following the al-Qaeda bombing of the US embassy in 1998 which killed more than 200 people.

By attacking young, future professionals, the massacre aimed to disrupt the country’s socio-economic growth and stability, as well as divide a multi-faith country, analysts say.

The four gunmen were killed at the scene and the man who plotted the attack, Mohamed Kuno, was killed in a raid in Somalia in 2016.

Kenyan authorities were criticised for not investigating intelligence in the lead-up to the attack, as well as responding poorly when it occurred. 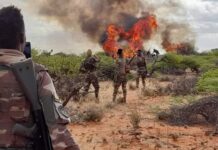 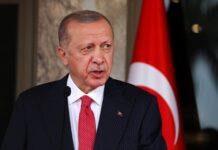 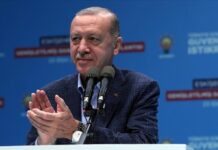