In a statement from the Office of the Prime Minister, Roble said that the letter from the ministry violates national and international law and poses a threat to the country.

The Prime Minister instructed the National Audit Office and security agencies to investigate the matter and report it to the judiciary.

The announcement follows a day after the Prime Minister returned to Mogadishu from UAE and briefed the new President Hassan Sheikh Mohamud on the meetings he held with the new President of UAE, Mohammed bin Zayed Al Nahyan. 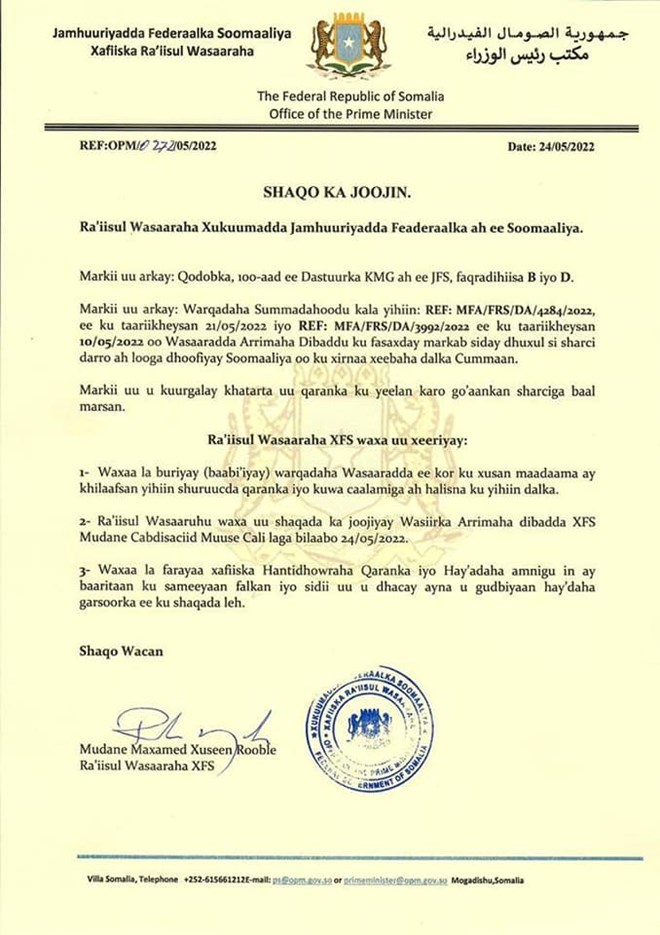