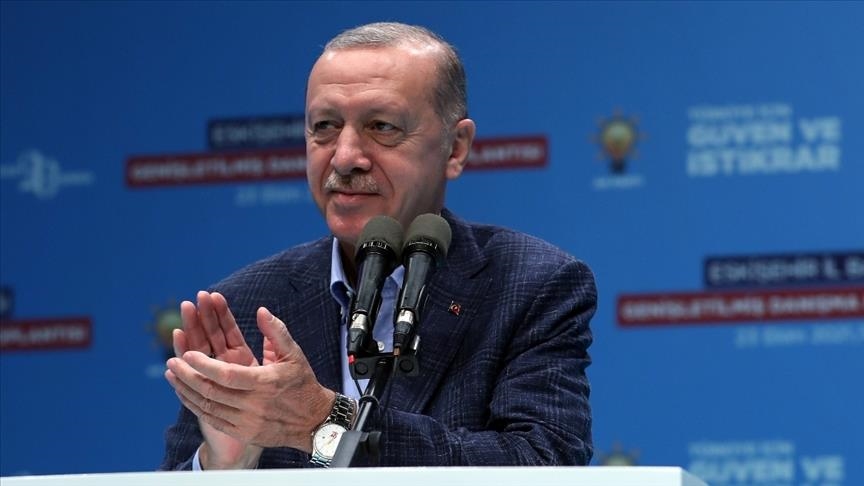 Turkey will surely achieve its goal of becoming one of the world’s top 10 economies, President Recep Tayyip Erdogan said on Saturday.

The Justice and Development (AK) Party has overcome many challenges in the past 19 years and will continue to adeptly guide Turkey to its 100th anniversary in 2023, Erdogan said at an AK Party event in the central Eskisehir province.

“We will surely reach our goal of becoming one of the world’s 10 largest economies. We are pursuing that goal without any letup in our efforts,” he asserted.

“We are making efforts at home and abroad to ensure that the Turkish economy stands on solid pillars of investment, production, exports and employment.”

On his visit to three African countries this week, Erdogan said Turkey is expanding its influence in a region where it had minimal presence 15 to 20 years ago.

“Our total trade volume with African countries today is more than $25 billion,” he pointed out, adding that Turkey’s investments across Africa exceed $6 billion.

He added that more than 11,000 Africans who have graduated from Turkish universities serve as voluntary envoys for Turkey in their countries.​​​​​​​

Two explosions have been reported in Kampala, Uganda.

Ugandan soldier sentenced to death, another 39 years for murder of civilians in Somalia