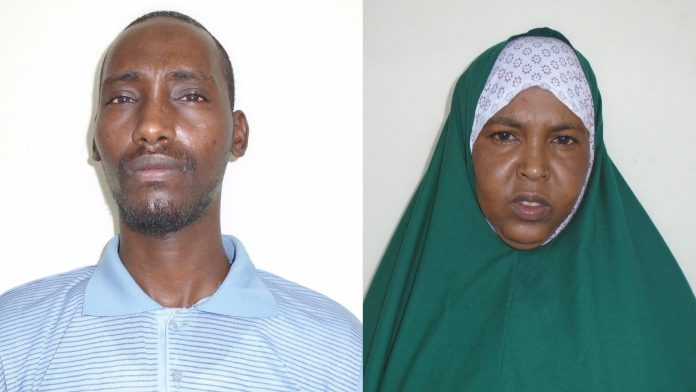 Dayib Moalim Mohamed Hassan and Halima Abdi Mursal Ibrahim were sentenced to 15 years in prison each, after a military court found them guilty of belonging to ISIS.

The two militants were married under the names of Mustaf and Hawa based on the orders of their superiors and they were in charge of making and storing the bombs.

The two suspect were arrested by security forces in March this year and were brought to the court today.